Description: Client was accused of striking his daughter on the side of her head causing unconsciousness during an argument.  However, the physical indications did not support that this happened.  Nonetheless, charges were brought against the client and he had to defend himself.  The case was ultimately dismissed because the City could not prove their case. 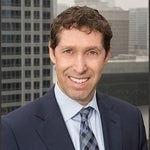 Geoffrey Burg is a highly rated criminal defense attorney. Geoff has over 18 years experience defending people, writing legal publications and is a regular presenter at continuing legal education seminars. Geoff also lobbies on behalf of WACDL for people accused of crimes and fought for several bills to protect the rights of people accused of crimes.

We welcome contact 24/7 and will get back to you quickly. Please note: There can be no attorney and client relationship between our firm and any individual, nor any duty to act on their behalf, until there is a signed fee agreement.

Please complete all required fields below.